In 1971, Jack Cole accepted the Chief of Police position in Rogers, AR. He was the youngest Chief of Police in Arkansas history. Later, Sam Walton (Walmart founder) talked him into coming to work to set up security and loss prevention for all Walmarts. Eventually, he left Walmart and became president and owner of one of the largest vinegar manufacturers in the United States. In 1975, Jack and his wife Shirley, who was in banking, bought an existing flower shop in Rogers and named it Shirley's Flowers and Gifts, Inc.

Jo Buttram, Jack and Shirley's daughter, joined the business in 1979 after working in the banking industry and owning a commercial decorating company. Jo and her husband, Randy, bought Shirley's Flowers Studio in 1985, and Jo has been running it ever since. Jo Buttram is recognized nationally in the floral industry. She served on the advisory board for the Society of American Florist Association in Washington, DC, and was president of the Arkansas Florist Association and the Ozark Florist Association. Jo consults on a national and international level for the floral industry as a whole and has been honored with several distinguished industry-related awards.

General Manager Tricia Upshaw, AIFD, CDF, AMF, joined Shirley's Flower Studio in 1995 and has been a vital part of the family and business for 26 years. Tricia has been recognized as an accomplished designer on a national level and inducted into AIFD -- the highest honor in the industry. Tricia has also won many state and national design contests. In 2007, Jo's daughter, Shelby Shy, joined the family business after a successful career as a buyer for Wal-Mart. She passed away suddenly in 2019.

Besides their brick-and-mortar location on North 13th Street in Rogers, Shirley's Flower Studio has a vintage 1979 camper packed with fresh, quality blooms that travels to the local Farmers Market, First Friday events, and other special community events to sell flowers. 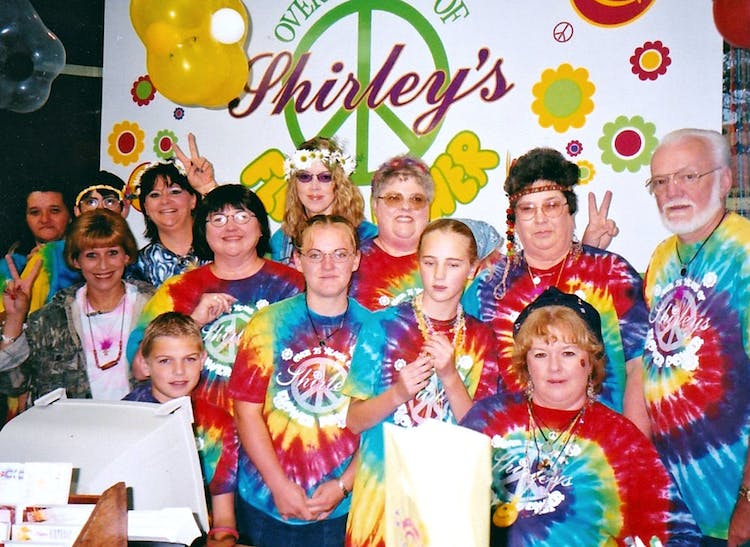